NORTHERN LIGHTS THEN AND NOW

Since the ancient times the Northern Lights or Aurora Borealis beckoned the people by its mystical mysterious light, many legends and tales were created on this phenomenon.

There is a belief in the East, if you have once seen the Northern Lights, you will live a long and happy life. Sami people, the indigenous inhabitants of the North, say that when a fox runs down the hills and waves its tail, you may see how the sparks of the snow rise to the sky forming this magical glow.

Nowadays the Northern Lights trips become more and more popular among many travelers; it becomes as popular as a trip to Paris or Rome. Among romantic couples, it is a good tradition to make a proposal to the beloved under the arches of the Northern Lights. 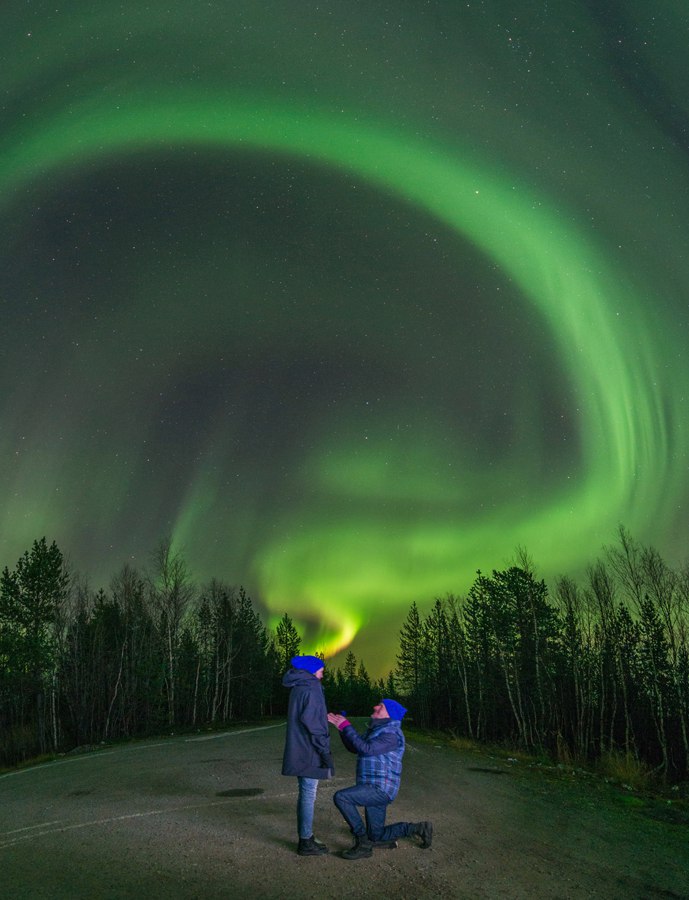 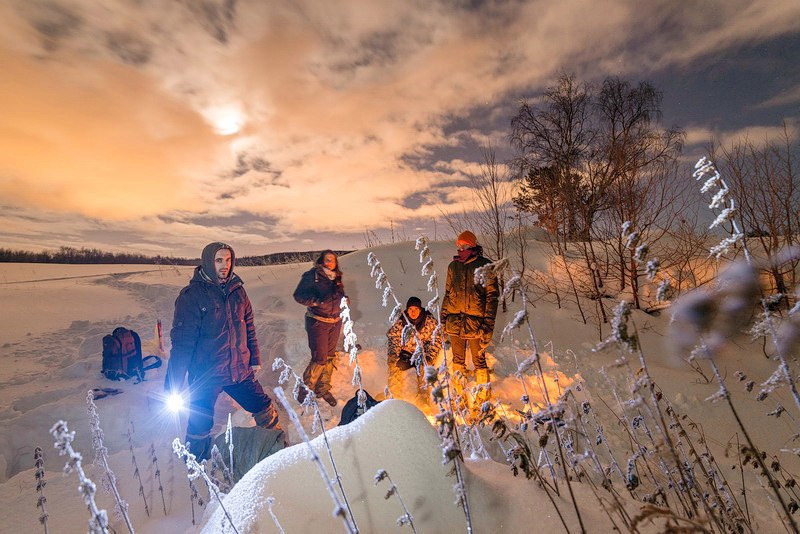 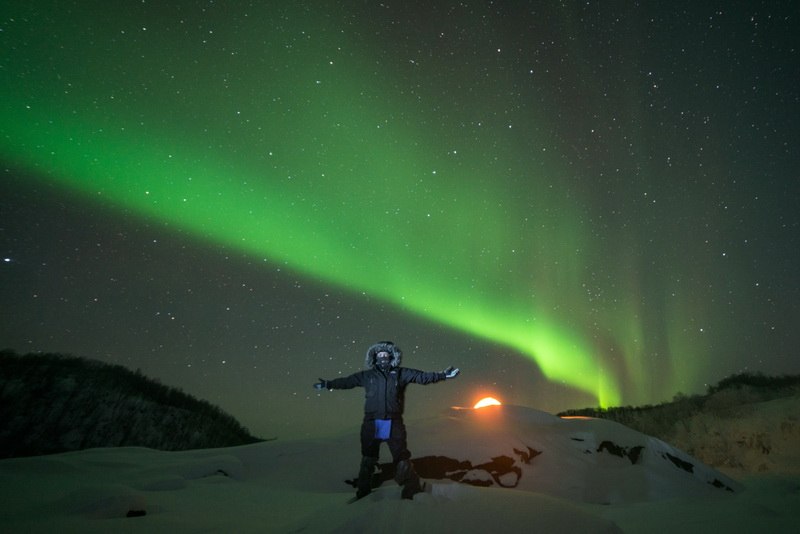 Additional information: the tour organizers track the prediction of the Northern Lights and the weather forecast using special techniques that increase the chances. However, we can’t give a 100% guarantee of its appearance but do our best to ensure a successful tour.

Important note: guests are kindly requested to contact the organizers of the tour in advance for the most favorable dates of arrival for the tour.

Aurora has an infra red light.
The digital camera sees this infrared light better than human eyes.
But human eyes see better ultraviolet light .
So we will see red Aurora by eyes only when the Aurora is quite strong. 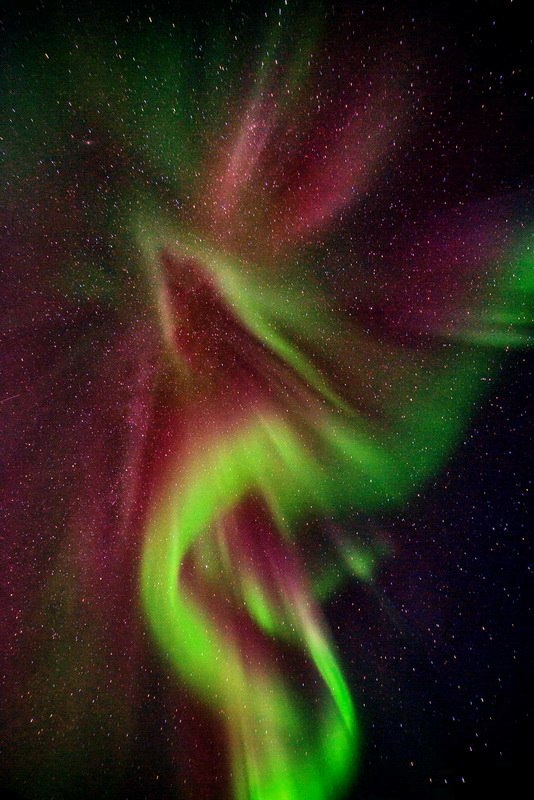 How the Northern Lights are formed

The Northern Lights occur due to the impact of solar radiation on the atmosphere of our planet. The sun emits highly charged particles called ions. Their speed ranges from 600 to 1200 km/s. The clouds of these ions form the plasma. The plasma flows over the surface of the Earth or as it is said the solar wind «blows».

Entering into interaction with the earth’s magnetic field, charged particles move down along the lines of this magnetic field in the ionosphere of our planet. The solar ions collide the gases forming the illumination that we see as the Northern Lights.

The Northern Lights can be seen near the South and the North poles of our planet. The Earth’s magnetic field repels the solar ions at the equator and the lines of magnetic field converge the poles allowing the charged particles come closer to the surface.

The colour of the Northern Lights depends on the altitude and the gases of the planet due to where was a collision of solar particles. They are generally light green, red, purple or blue.